Why Jesus makes NO sense!! 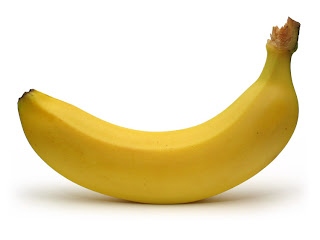 I visited my mum's church, a few weeks back.  I'm pretty uncomfortable with institutional church on the whole,  but this is one little community I think I could happily be a part of.   I have had a few contacts with them over the past few years, all of them positive.  The most significant was 2 years ago, when they mourned, with us, the death of my father.  So I guess that kinda makes them "extended family".  Their youth pastor, a guy named Joel Noonan (according to their website - I had not actually met him before) talked about Jesus' explanations of "The Kingdom of God" - and how totally confusing they can seem.  It's like a mustard seed, it's like a coin... it's like a farmer sowing seed...  Well, what is it, really??

He wryly recounted his visit to some church conference or other, where the visiting speaker had announced that he was going to explain very simply what the Kingdom of God meant - and then proceeded to list 47 different points intended to "simplify" our understanding (well, maybe not quite 47, but you get the idea) leaving his audience probably feeling more confused than ever before.

Joel's take on this, (and one that I totally agree with!) is that Jesus was not outlining a system of thought, a set of rules and measures, or a philosophy.  He was drawing pictures of something internal -  Heart stuff.   A political Kingdom is an entity, but also an idea.  Ask somebody what it is, and they will tell you that it is a part of the world under the headship of a monarch (or something along those lines).  Not so hard to explain.  But a Kingdom of the heart?  Well that is a bit harder to define.  Maybe not so much harder, but requiring a different language.  Ask someone to tell you what LOVE is, and they are likely to resort to this language.  They might give you an analogy that creates a picture...  It becomes a whole lot fuzzier and hard to encapsulate in just a few words. Although, really - most of us understand what it is, at least in part.

And I think he deliberately refused to be pigeonholed according to any rules, sets of principles, or propositional truths.  He wasn't ABOUT that.   He came to embody God/Love.  He came to embrace us - physically - within the parameters of our own small reality.  He came to show us that it all starts with relationship.  And you can talk about relationship (Whether it's with God, the pretty girl down the road, or your pet cat!), write blog posts, even books about it... but it's all just talk.  None of that is even part of being in one.  Relationships have to be lived.

I'm not diminishing the value of thought and intellect, one iota, by the way.   There are some great books and articles on relationships out there, and lots of words written that are valuable - if you are in one!  But have you ever noticed that your understanding of relationships tends to grow mainly with time, and living and loving through the messy business of life?  A good article or book might help with some aspect as you struggle through it, but the learning is really in the struggle;  the living out.

Back to Joel's excellent chat about God's Kingdom.  He finished by holding up a banana (Australians love bananas a LOT at the moment, since they have just recently become affordable again!) Describing what a banana looks like, its texture, or even its taste, might give some poor Aussie who's forgotten what they taste like, a vague idea.  But the only way to really find out - is to take a bite and experience it for yourself!