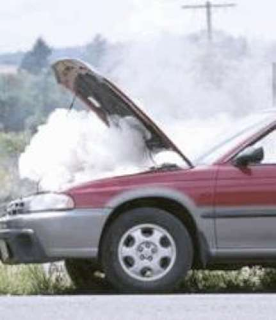 I don't really know how to blog about my day, without sounding either whingey, or really trite and twee - plus it involves exposing my (hopefully temporarily) tatty financial state & probably poor management of some things, to the blogosphere.  Nonetheless, I want to share - because right now, I'm just boggling with wonder!

Let me begin with our recent "series of unfortunate events".  (I was hoping the superstition that "bad things come in threes" was true... unfortunately if it is, our run of "bad luck" is not over yet - we've begun again - so I'm dropping that idea!)
And before I begin my litany of woe, let me just say, that I love my life, and hiccups aside - I feel like a very blessed woman!

Financially, things have been rather tight for a while.  Mainly because I had chosen NOT to pursue extra work last year.  I still feel it was a good choice for a number of reasons, but our budgetary "safety margin" has grown alarmingly thin as a result, which has felt a bit scary.  It's been one of those periods where you cross your fingers and toes and hope that nothing breaks, and no unforseens crop up to break the shoestring!  (Don't panic - I have more work in a few weeks, so I'm sure we'll survive)

However...  Just before Christmas, there was the lawnmower problem.  We ended up with the longest, messiest lawn in the neighbourhood (which outside our half-renovated house made us look like a real family of hobos!)  BOTH the lawnmowers broke down and refused to start.  The comedy of errors involved in getting just one of them fixed... and the length of time it took, is actually quite a funny story in itself (now that the frustration is over) - but wayyy too long for this post.

Before the lawnmower issue was even resolved, Christmas was upon us.  Ian and I had gone halves in some ipods for the kids.  This was in spite of the budget being reeeeaally tight (school holidays for casual teachers can be lean times, even without any extra factors!).  I scrimped on stocking fillers and other stuff, which kept it sane - but under the circumstances, it seemed like a big investment.   Oh I forgot to mention my laptop!  My precious computer that I use for blogging, and work, that has ALL my electronic school resources and half my life on it...  was the victim of a cup of chamomile tea!  It wasn't a massive spill... but the keyboard is now dead.  (I'm getting by, plugging a spare desktop keyboard in for now,  until the budget loosens up enough to send it in for repairs).  So there was that... and a day or two later, Hannah dropped her 10 day old ipod and smashed it.  Badly.  There were tears.  But, there was nothing that could really be done.  A little lesson in "life".  We took it on the chin (even Hannah, after the initial trauma).  After all, only a few more weeks, and money coming in would make things more comfortable again.  What else could go wrong??

The HOT WATER service!  That's what!!!  We woke up one morning to find there was no hot water in the house, and further investigation revealed that the water heater was D.E.A.D.  Sigh.  At least it is summer, we are on holidays...  Camping-style baths for a while..

Which brings us to today.  After valiantly budgeting, catching up on overdue bills and getting everything back to almost normal (except that there is still no hot water, and nothing extra coming in) my CAR broke down.  Not just a little breakdown.  A scary-noises-and-smoke-type-breakdown!!  A "forget driving this heap anywhere it's time to tow it - maybe throw it" type breakdown.  And I hadn't renewed my NRMA membership (put it off to pay other bills) And I didn't have enough money in the bank after paying off the kids' school shoes, to pay for towing.  TALK about timing!!

So here's how my God-Awful day went, from that point. Fortunately, the breakdown was on the outskirts of our village.  The kids deserted me and walked home, leaving me alone with a smoking, seriously overheated car (at that point, my plan was to let it cool down, then try to drive it home, so I was happy for them to go on ahead).  It had been making a VERY nasty noise, though - and after some thought, I decided perhaps driving it was not such a great idea.  But I had a car full of groceries and newly purchased school shoes, and a twenty minute walk to home.  I decided (after a quick phone consult with my brother - who had a work appointment and couldn't come to my rescue right then,  but was nonetheless very helpful) to just take the cold groceries, walk home, and organise towing later.

As I was getting the cold things out of the boot, a car (displaying P plates - I will never say anything disparaging about P plate drivers again!!) slowed down.  The young man inside leaned out and asked if I needed a lift into the village.  He helped me transfer ALL the groceries, not just the cold stuff, picked up my son halfway, and took us right to our door.

After a little thought, I decided there was no point bringing the car home (it was obviously well and truly cooked).  I rang the NRMA.  They let me not only renew my overdue membership, but upgrade it to one that included free towing, WAIVING the upgrade charge.  Wow!!  So... A booking was put in for the local NRMA to come check it out, and just make sure it couldn't be driven any further.  The NRMA guy turned out to be my neighbour from a couple of doors down.  When he realised I had to walk out of town to meet him at the car, he drove out of his way and picked me up.  Then dropped me home again, once the verdict (seriously cooked, unfortunately) was reached.  We organised that the tow truck driver would call 20 mins in advance, so I could walk out and give him the keys when he got there.  There was a wait (which wasn't a problem, since I was at home doing the waiting).  When he rang, as soon as he realised I was about to hike out to meet him, he immediately offered to come get me!  Talk about generous!  I LOVE country people!!!  He came to pick me up - and when he realised I wasn't travelling with the car to the workshop, he just took the key and sorted it all for me.

Then the icing on the cake.  As far as I knew, there was next-to-no money in the bank, and I had no way of actually paying the mechanic, without borrowing.  When I went to check the balance, some money we'd been expecting was there early - and was very substantially more than I'd thought it would be.  When I checked the mortgage owing for the month (thinking I'd still have to spend a good chunk of the windfall topping that up, before any car repairs (or maybe replacement...) could even be contemplated.  I'm not sure how, but the mortgage was actually in advance - NOTHING to pay!

From the kindness of a whole string of people, to the surprise discovery of unexpected funds - a potentially disastrous day has actually felt amazingly blessed.   I feel loved, and cradled by God.  In fact,  I feel like my "awful day" has had God all over it!!  And yes, I know every good thing that fell into place could be explained as "coincidence", but I sent up a little prayer, and my gut is resonating with the surety that,  in spite of recent failures, stuff ups and general disconnectedness from Him, he's still faithful, and still loves me.  Still not sure what the fate of the car will be - but I have a feeling it's all in hand!