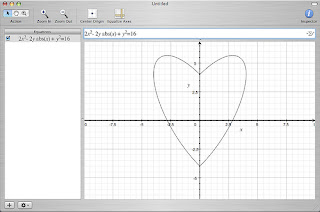 The other day I posted on facebook, that my blog had reached 4, 444 pageviews.

It just seemed kind of an awesome number!  Four fours aside, have THAT many people really looked at my blog???

In actual fact, it has taken over two years to reach that figure, and quite a large number of those hits were just me... checking on comments, obsessing about whether I'd said things "right".  This blog is not big.  But, like any writer, I get an amazing sense of fulfillment and satisfaction when people actually read my stuff.

Of course, in response to my little bit of self-indulgent crowing, the pageviews have dropped this week (yes, I do obsess a bit over them - I know it's silly!) and there were fewer comments (just so you know, I LOVE comments :)

But that got me thinking.

I don't think I've ever really expected my blog to get "BIG".  Some of the blogs I follow have comment threads so long that it takes half the day just to read through all the responses.  There are times when it just becomes a bunch of loudmouthed religious people crapping on, but for the most part, there is real dialogue and a sense of community - people listening to others and valuing their thoughts.  I love that!

See - most of those "Big" bloggers are part of a system.  Like me, they see it as broken, and they are working to change it from the inside.  And some of them are creating beautiful spaces for faith and life, within that system.  But that isn't really me.  I'm not working to change it.  I'm (just cos of the nature of who I am) walking outside it.  I'm still part of a faith community.  To me, having  relationships with people who are also walking the road of faith is so  important.  But I don't give a damn about the institution.  And my "community of faith" includes a number of people who are WAYYY outside it.  Yet I think we are still on the same journey.

What brought all these ruminations to a head for me this morning, was this, absolutely beautiful post by Pat Green.  I have no idea whether his blog is "big" or not ...  but I have followed it for a couple of years now.  He doesn't post often, but it's always real.  There are incredible moments of truth and life and beauty to be found there.

Pat is a minister.  But he's been doing things differently - stepping outside the system.  And it might all be falling apart.  But it doesn't matter, because it's about relationships and reality. The system doesn't matter at all.

Up until a year ago, I was part of a church that was doing things differently.  They were stepping outside the system.  And it fell apart.  Because people (including me) were not committed to making the "machinery" run smoothly - it didn't.  In the end, we weren't financially viable (there was still a great building, with a mortgage to be paid).  The church "merged" with another church nearby - they needed a building, we needed numbers - and a pastor!  But though they were good people, what I had valued about the group was lost.  Well, not lost exactly.  I still have great connections with the same people I had great connections with before.  (And now I'm a thorn in the side of a different pastor, at a more local church ;)

The thing is, the beautiful community that was growing there never needed a church building.  Don't misunderstand me - the building was - still IS a great resource.  But what was important and life-giving and beautiful about what we had there, was something quite ... "underground".  It had more to do with really sharing life together... allowing room for brokenness and questions, as well as healing and joy.  We began to see it as something that didn't really belong inside Church walls...  but something that connected people, because of our shared humanity, with one another.  And there was room for the marginalised.  Not just to "come in to church", but to be accepted and loved and cared for if they never crossed the threshold.  Very often, the real stuff - the best stuff, happened well away from the Sunday meeting.

But anyway, I'm rambling.  The thing is, I love writing this blog - it helps me sort my own thoughts.  And I love to connect with people.  To those who regularly connect here - you have my heart!  But genuine connections, and honest relationships are never "big".  Hanging out on the margins is not where you find the crowd!  I guess that's why this will never be a huge blog -  & actually, I'm more than okay with that - I love it!!