The Furore (about Mars Hill and "that" viral video)

Seems my ruminations on control in relationships were quite timely.  A couple of things seem to have really stirred up the blogosphere this week, and in my mind they both relate. 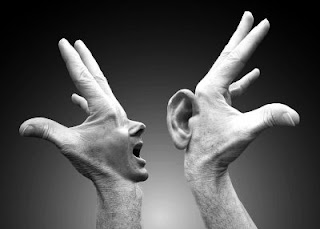 Since the blogosphere is largely American, and the fuss may not have filtered through to all my Aussie readers ...  I will briefly repeat what is now "old news".  A large and influential mega-church in the States has come under fire for the abusive use of "church discipline" towards one of its members.  At the same time, a video has gone viral, in which a young man explains passionately in poetry why he loves Jesus, but hates "religion".

The whole story on the church abuse thing is very well documented here, and the viral video can be found here.  (And thank you, Winn Collier, whose thoughtful post first got me involved in this conversation)

The church abuse story, to me, just smacks of everything that is wrong with "religion".  Rules over people, control, judgment, blind adherence to some kind of "formula" at the expense of human lives.  And following Jesus, and avoiding "religion" has been a bit of a mantra of mine, for some time now.  Yet Jeff Bethke's video sat uneasily with me.

Certainly, Jeff is angry at all the same things that make me steam at the ears.  Wars over dogma, condemnation of people, self-righteous bigotry...  I don't need to list anymore, really.  That stuff makes us ALL mad - at least, when someone else is doing it!

And I truly believe that Jesus was and is the absolute antithesis of these things.  I really think he DID come to break the stranglehold of man-made, condemning religion, and to set things right - not in a doctrinal or philosophical way, but relationally.

So why did the video make me uncomfortable?  Although it pointed to a bunch of things that really ARE problems associated with religion, it kinda made me feel like yet another "us and them" was being created.  You know, "Us" who are hip and cool and always real, and not religious, versus those "others" who get it all wrong, and abuse people with our Bibles and rigid "rightness".  A bit like "here, that dogma isn't working for you, try this new one..."  To be fair, I doubt that was Bethke's intent - but that's how it made me feel.

It's right to get mad at abuses of power and indoctrination, and all the other horrible stuff that goes along with religion-gone-wrong.  But the answer is not to have a better formula for "church discipline" (yuck), to get our church heirarchies established in a more egalitarian fashion (though that wouldn't be a bad thing), or even to get our doctrine "correct" (oh good luck with that one!!).

The whole point has always been relationships.  You can't write a formula for them.  You have to live them out.  Messily.  With love.  And always with listening and grace.  Yes - relationships have boundaries.  Honest relationships mean truthful (and therefore, at times, difficult or challenging) communication.  There's room in a real relationship, to be straight with one another if things aren't going right.  To "call a spade, a spade", as they say.  To have a squabble, even.  In healthy relationships, we believe and expect the best of one another.  But you always know you're valued, welcome, loved and cared for - even when you don't measure up.

When we lose sight of relationships, and start using formulae, doctrines, or whatever... then you get "religion-gone-wrong".  For me, that's what was missing in the video.  Trying to correct ideas with ideas...  just leaves you with more damn ideas.

Oh I could go on and on, but I'm already starting to ramble.  And this girl who has spent far too much time talking about it, is going to get off the internet now and go and try to live it.