Unpacking the Story 1 - Judgement vs. Love 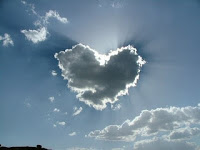 A while back, I had a go at summarising the narrative of the Bible.  (See Part 1, Part 2, Part 3, Part 4 if you missed it and are interested)  I talked a little bit about my reasons for doing it... partly because I think we have unwittingly twisted it into something else.  But also, (in fact, mainly) because I wanted to look at it again, if possible, with new eyes.  There has been a paradigm shift, a BIG one, going on inside me - & I wanted to check it out against the WHOLE story, and see if it really fit.

As it turned out, I really got a lot out of doing it.  I approached the Jesus bit with fear and trepidation, to be honest - I have NEVER really understood what the cross was all about.  Something about it just never made sense.  Reading Derek Flood's work (Penal Substitution vs. Christus Victor, in particular) was a great help.  It put into words a lot of the questions I'd had.  The picture of a bloodthirsty God requiring a life as payment for the smallest infringement... just didn't read like justice to me.

So What was the cross all about?

I'd seen the garden, and a lot of the old Testament stuff, as the story of two competing worldviews.  The one most of us have (well, all of us, if we're honest) that judges other people, compares them to
whatever standard we believe is correct;  and apportions value to self and others, based on their actions, ability, character... as compared to that standard.  The other - the God kind of worldview - as something completely (& quite scandalously!) outside this.  A worldview where you are valued, because you ARE.  Where you don't have to measure up - you belong.  Where rules and standards can't exclude you - you're accepted.  & where beauty, grace, love and freedom are gifts that are freely given and don't need to be earned.  Wow!


I figured, if this was true - then the cross in some way had to kill judgement, and resurrect love.

And it did.  In the most subversive of ways.  Jesus allowed judgment to do its worst.  He let it take the reigns and push its agenda to the limit.  In fact, it let judgement do the ultimate - and kill him.  By his own non-retaliation;  his refusal to be a part of the adversarial, antagonistic, "us and them" system of law and judgement, he proved that system hollow.  The system was clearly shown for what it was.  His innocence - and by implication, the guilt of his accusers - was fully demonstrated.

And what about resurrecting Love??  What Jesus was showing, on his whole path of life, leading up to the ultimate sacrifice on the cross - was Love.  He embodied it.  There's something in all of us that believes love never dies.  That somehow it triumphs over all!  (see almost any Hollywood movie!!)

So did it??  Well, according to the story - and completely outside of the expectations of any of his followers - YES.  Judgement, sin, hell and death did their worst - and could not keep Love in the grave.  Not only did Jesus survive death - but his life and example demonstrated a way of relating to God and others (I won't say a "new" way - because there is a thread of this relational way that can be traced all the way back to the beginning), that is not centred on judgement, "us and them" "in group vs. out group", "righteous vs. sinners".  This "Way" has influenced individuals and whole cultures - and continues today.

But here's a question:  WHERE have you seen the way of Love demonstrated most clearly??  WHO have you seen walking in those incredible footsteps??  I'd be interested to hear your stories... and I wonder if all -or any - of them fit the stereotypical "church mould".  Are they necessarily connected with Church at all??  What are your thoughts?