Things I DON'T believe in. 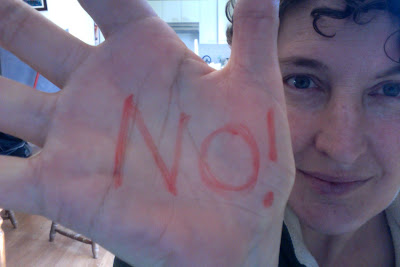 I seem to be suffering from an ongoing case of "blogger's block" of late...  I think it is mostly due to the business of life;  work has been FULL on, lately, and (lucky me) the only times it hasn't been, I've fallen victim to the flu or some other rotten nasty bug (would you believe I and number one son are off to the doctor today, both with tonsillitis!), so a lot of things have been "on hold" for the last little while.

Percolating in the background, however, has been a desire to write a post about where I think the person of Jesus (you know, "Christ", "of Nazareth"... THAT Jesus!) fits into my thinking about life, faith, the universe, etc.  Part of my blogger's block, if I'm honest - is the fact that I find this confronting in a lot of ways.  It is a challenging post for me to write, and confronts not only what I believe, but how I live my life.  I know that I don't embody what I believe to be truth, anywhere NEAR enough.  And I think that's what it's all about - so to write about it is... confronting for me.

Anyway, enough of that.  I am going to ease myself into this via the "path of least resistance".  Today's post is not about what I believe at all - but what I definitely DON'T.  In a sense, it is far easier to be negative about religion and what is wrong with the world, than to BE the solution - but it is also useful to clarify where you are NOT, in order to see where you ARE (if that makes sense), so at the risk of sounding a bit negative, this is where I'm starting.  Bear with me!


I think that about covers it... I may add to this list if I think of more.  Meantime - what are your thoughts?  Do you think I'm going too far?  Not far enough?  Are there any points you would add or delete?  Why?  Over to you!!