Why is it a big deal? 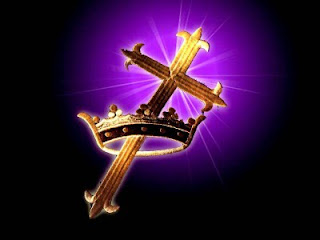 I glanced over a post in Sojourners this morning, about Christians disagreeing about stuff.  Not exactly new news.  The article made the point that as a community of people, it would be more surprising if we didn't disagree (which I think is true) but the author was concerned that the way we go about it is really the problem.  I guess I agree with that too - at least, that the unloving, point scoring, superior way Christians often go about disagreeing on everything from doctrine to politics to clothing, is problematic.  To put it mildly.  Actually, if you take the words of Jesus seriously, it's a sign that those who behave like this are not actually Christians.  (I'm not kidding - if "they will know them by their love" is true - there are a LOT of very churchy types who are in deep, spiritual trouble!)


People in "Christian circles" can get very heated and intense about all sorts of stuff.  Politics.  Abortion.  Contraception.  What "church structure" should look like.  The roles of men and women.  Music.  Clothing.  The list is pretty much endless.

But my question is this.  WHY does any of that stuff matter so much?  Why does "The Church" have to have a unified stand on it at all??  If it is really all about love and relationships - community - then there should naturally be room for diversity.  If it's not about the rules, then the rules shouldn't be the focus.

But I think it goes deeper than simply relationships versus rules.  There's a mindset behind a lot of the arguing, that "The Church" is somehow the authority for what is right, and what is not.  Well if it is, I suppose there ought to be some consensus - but where does that idea come from?  Conversations I recently had with some Christian friends about their opposition to legalising gay marriage in Australia really highlighted this for me.   The whole "God says it.  So I must enforce it" mentality seems flawed to me in a whole lot of ways.  Not least, because nobody can actually agree on whether God does say it - even theologians.

And if the whole Christian thing is about relationship and love, and no need for a mediator between any individual and God - then shouldn't there be room for the individual and God to work out where they stand on issues like this?  Love shouldn't depend on ideological or theological conformity!

But behind a lot of the arguing, is still this idea that it matters - critically - because the Church is the authority.  Hmmmm...  really???  Which Church?  And - over everybody???  Personally, if that's the truth - I think we're in BIG trouble!

Yet if the words of Jesus are any indication (!!!) "The Church" was never meant to be the model of correct anything.  It was meant to be the embodiment of love.  Doesn't that put a completely different slant on everything???  I really think it does!