This is the bit where I throw all kinds of crazy stuff out there, because in one way or another, it has made me think.  Or at least informed some thinking process that's been going on in my head.  And although in my mind there is a bit of a theme going on, it's probably guaranteed to confuse the hell out of you if you try to piece it all together into something coherent.

Nonethless, here is some of what I've been reading of late, and have found worthwhile: 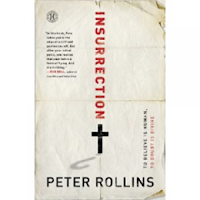 Yes, yes, I know - I've been on the Rollins bandwagon of late.  At the moment, I'm a bit over halfway through Insurrection.  So this isn't a proper review, since I haven't actually finished reading it (& I'm not into doing book reviews, anyway).  So far, though, my impressions are a little mixed.

First up, I LOVE, LOVE, LOVE Pete's take on "religion".  His main argument seems to be pointed, not so much at what we believe, but on how that belief functions for us, psychologically.  And his aim is to shake off everything that functions as a "crutch", or as bolster for our own culture and comfort, and really get to the core of what Jesus was about, which in his view (and mine) was pretty much the complete obliteration of everything we use to hide the reality of ourselves - including (perhaps especially?) religion.  Having said that, I don't buy into all Pete's analogies, and don't get all the connections he makes.  At this point in the read, I'm wondering where a personal God fits into any of it - but he may be heading towards an answer to that in the last few chapters - I'll let you know.  Rollins is still developing his thinking - apparently a new book that fills some of the gaps is on its way...  but it's quite a ride, and there are some hugely important things in there that I think MUST be grappled with. 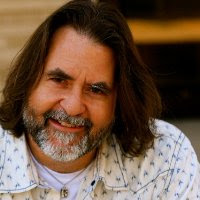 Given some of the gaps in Insurrection, this perspective by Richard Beck is very thoughtful, and a good perspective to read alongside that of Rollins.  I haven't followed the "Slavery of Death" series he mentions, because it is MONSTROUSLY long - and by the time I discovered Dr. Beck's blog, there were about 23 posts to read, in order to catch up.  However in this post he gives a nice outline of his thinking, and proposes some thoughts that really do seem to complement the work in Insurrection very well.  The perspective here is ... somewhat larger, I think.

And since we've been talking about love...

One of my favourite bloggers, Winn Collier, posted some thoughts on that topic this week...  Not the perspective I've been coming from, something quite different, but I think also complementary... love to hear your thoughts on how you think it fits in with what we've been discussing about "freedom" and "including the other".